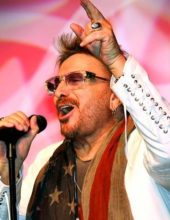 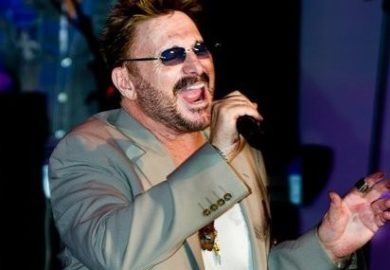 As former lead singer of one of the most successful music groups of all time (Three Dog Night), Chuck Negron sold millions of albums, performed in front of sold out stadiums and venues, and influenced a generation of fans!

Now, Branson visitors have the rare chance to see one of rock ‘n roll’s most iconic and successful artists as he shares an evening of music, songs, and stories from his incredible career!

Throughout the late 1960s and 1970s Three Dog Night dominated the rock ‘n roll scene, recording and touring to sold out venues and theaters wherever they went – and went on to become one of the most successful music groups of all time.

Just a few of the hit songs on which Negron sand the lead vocal include:

In addition to his credit as lead singer on some of Three Dog Night’s most popular songs, Chuck would take credit and join in some of their most popular and recognizable songs.

A History-Making Night of Music!

With more than 50+ years of performances, Negron shows no signs of slowing down!

Catch this rare chance to see one of rock ‘n roll’s living legends as Chuck Negron performs some of the biggest hits from his amazing career!

Because of the very limited availability of seating and the one-night-only performance, we highly encourage reserving your tickets in advance to ensure the best possible seating and availability.