Famed actor Val Kilmer will present his new “Cinema Twain” project and film with a LIVE introduction and question and answer session in Branson! 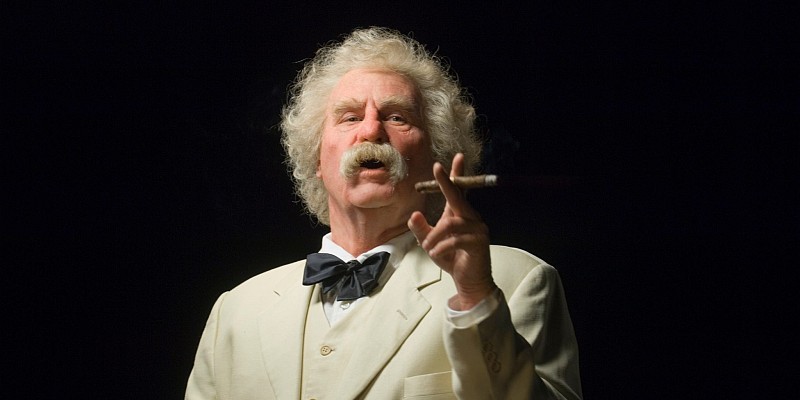 Val Kilmer as Mark Twain (Samuel Clemens) in his “Cinema Twain” production to be screened in Branson, Missouri at The Mansion Theatre on September 29, 2018

Val Kilmer (whose acting career spans more than three decades) will be presenting his latest project “Cinema Twain” in Branson, Missouri at The Mansion Theatre on September 29, 2018 at 7:00 pm.

A star of the screen for more than 35+ years, Val Kilmer has brought the world some of the most memorable and unforgettable movie characters, including Jim Morrison in “The Doors,” Ice Man in “Top Gun,” and starring roles in “Batman Forever,” “Tombstone,” and dozens of other films throughout his illustrious career.

His latest project transforms the popular actor into one of America’s most unforgettable characters – Mark Twain.

With a humorous, insightful, and unique protrayal of one of America’s most iconic figures – Val Kilmer transforms into Mark Twain for an incredible 90-minute experience in this one-man filmed production.

Bringing the same wit and personality of Samuel Clemens to the stage and screen, Kilmer has received acclaim and recognition for his unique production and transformation into the late author and literary legend. 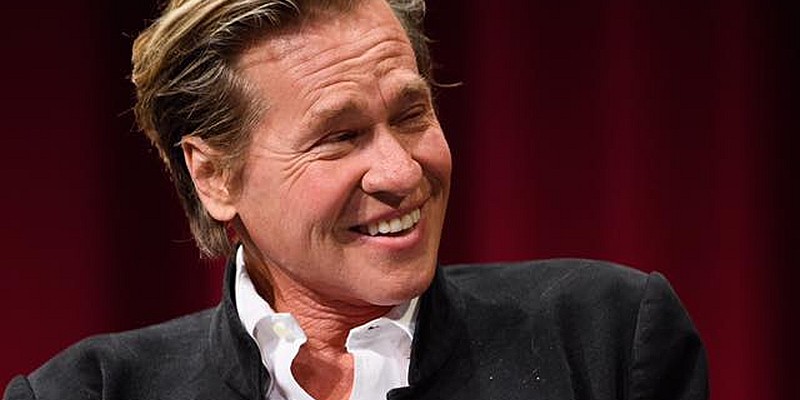 Val Kilmer will present his 90-minute film “Cinema Twain,” followed by a special question and answer session after the screening.

Written, produced, and directed by Val Kilmer – it takes audiences on a journey through some of the famous humor and anecdotes of Mark Twain, offering a unique perspective and twist on the character and personality of the famous American.

Presented for the first time in Branson, Kilmer will introduce the filmed production, followed by a question and answer session with Val after the screening.

Special Screening and Q&A at The Mansion Theatre in Branson

This special fillm screening and question and answer session will take place at The Mansion Theatre in Branson, Missouri on September 29, 2018 at 7:00 pm.

Because of the limited engagement and one-time-only presentation of the production, demand is sure to be high and seats are limited. We recommend reserving seats in advanced by calling: 1 (800) 504-0115 or visiting the Cinema Twain page for more information.