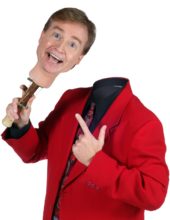 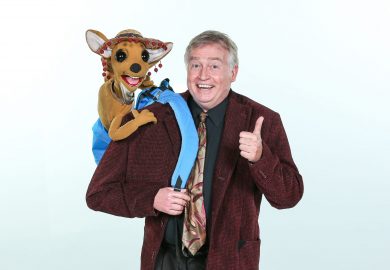 Comedian, ventriloquist, and entertainer extraordinaire… Jim Barber returns once again to the Branson stage for a very limited set of shows this year!

Comedian, ventriloquist, and entertainer extraordinaire… Jim Barber returns once again to the Branson stage for a very limited set of shows this year!

Throughout the years there have been many entertainers who have performed in the theaters and venues around Branson, but perhaps none as popular and loved as the hilarious funnyman, ventriloquist, and master showman… Jim Barber!

Returning once again to perform his incredible show, visitors have the limited chance to see one of the greatest showmen to ever take the Branson stage as Jim performs segments from some of his most popular acts!

Jim Barber has appeared in some of the most famous theaters and venues in the world, shared the stage with some of the biggest names in entertainment, and performed in front of millions of people throughout his incredible career!

Barber has performed alongside some of Branson’s most popular entertainers, including: the long-running comedian for Glen Campbell, Wayne Newton, Crystal Gayle, The Bellamy Brothers, Tony Orlando, The Osmond family, and for a decade-long run alongside magicians and illusionists The Hamners at The Hamner Barber Theatre.

You may have also seen Jim in one of his many appearances on TV, including a special guest feature on Late Night with David Letterman!

Jim’s incredible talent has given him fans around the world, all ages and audiences who have seen him perform are left with unforgettable laughs, memories, and stories!

Now, Branson visitors once again have the chance to see one of the masters of showmanship practicing his craft LIVE on stage – as Jim Barber performs his incredible show this fall!

At an all-new location at the Shepherd of the Hills, he will entertain, delight, and perform some of his most popular material in a comedy and variety show that is sure to entertain audiences of all ages!

Because of the very limited engagement series of shows that he will be performing this year, advance reservations are strongly encouraged!