Please Note: Based on ordinances from the City of Branson, and helping reduce the spread of COVID-19, we have been temporarily forced closed our office as we are a "nonessential business."
Should you need assistance, you may still contact us here. Please bear with us as we attempt to respond as quickly as possible given the current situation. 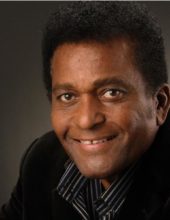 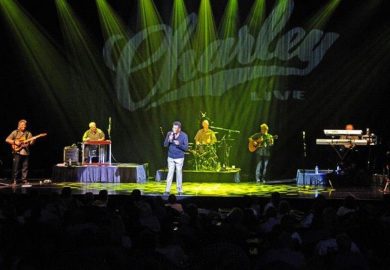 See Charley Pride LIVE on stage in Branson sharing the music and stories of his most beloved songs of all time!

"...my favorite entertainer of all time with a personality and attitude to match."
– Joyce M.

"Charley is still a wonderful entertainer. It was one of the best shows we have seen."
– Veronica K.

See Charley Pride LIVE on stage in Branson sharing the music and stories of his most beloved songs of all time!

One of the most successful country music artists of all time, Charley Pride will be returning to Branson for a performance that is sure to be one of the highlights of the season!

There are few music acts that have endured as long and achieved the level of success that Charley Pride has had over his nearly 50 years in show business.

Breaking through cultural barriers and rising to stardom in the 1970s, he had an unprecedented string of hits that included 39 Number One hits, including a two-year run in the late 60s and early 70s that had eight of his singles topping the country music charts.

With a somewhat cross-over sound that blended country and pop music to create Charley’s instantly recognizable sound – he became popular around the world and played before sold-out audiences wherever he went.

In addition to his smashing success on the music charts, he went on to receive awards and recognition from some of the most distinguished music organizations and associations in the world including a Grammy Award, appearances on the “Lawrence Welk Show,” and a long-running featured performer on the Grand Ole Opry (and was the show’s first African American artist to appear on stage).

There are few musicians and singers that can claim his popularity and success, throughout each concert you will hear some of his biggest singles including: “Night Games,” “Why Baby Why,” “You’re So Good When You’re Bad,” “Mountain of Love,” “Never Been So Loved (In All My Life),” and “You Win Again” amongst the dozens of number one songs that he has written or covered over the decades.

Still as popular as ever, it’s a show that is sure to be one of the highlights of the show season in Branson!

Returns Back Home to Branson!

Charley Pride will return to his old performance home in the “Live Entertainment Capital of the World” in Branson, Missouri – where he once owned his own theatre and performed regularly.

This is a very rare chance for visitors to see one of country’s living legends performing some of his most popular songs in one of the nicest theatres in town!