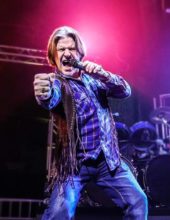 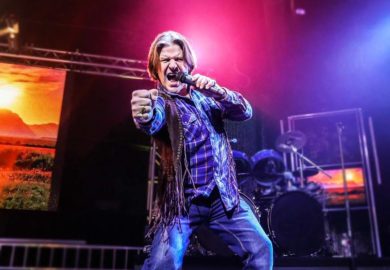 From “Bad Moon Risin'” to “Down on the Corner,” experience a one-of-a-kind musical tribute to one of Rock ‘n Roll’s most popular groups… Creedence Clearwater Revival!

"Will definitely be back …. have also told a lot of our friends it’s a must see"
– Tammy S.

"This show was highlight of our trip to Branson... If you are a CCR fan you will love this."
– Ron C.

"We saw seven shows in Branson. This one was the best."
– Bob C.

From “Bad Moon Risin'” to “Down on the Corner,” experience a one-of-a-kind musical tribute to one of Rock ‘n Roll’s most popular groups… Creedence Clearwater Revival!

“Bad Moon Risin'” is a tribute to Creedence Clearwater Revival unlike anything you have ever seen before!

Creedence Clearwater Revival (or CCR as many of us know them as), have created some of the most memorable and timeless songs of our generation.

Bringing their distinctive Southern-style rock and unique sound to the world with their hit songs, they have endured multiple generations of fans and continue to influence up-and-coming musicians and music lovers alike.

Throughout their long and successful time together, the band crafted some of the finest rock music of all time – creating a mark on music history with their influential and pioneering lyrics and sound.

Relive this magical music as the LIVE band shares some of Creedence’s biggest hits, including:

…and many, many more!

Led by John Fogerty, the band would go on to become an international music supergroup – selling millions of albums and creating classic rock songs that would stand the test of time and become some of the most popular music to come out of the 1960s and 1970s.

Reminisce as the LIVE band and phenomenal lead singer take you back to some of your favorite music you remember listening to in this action-packed, music-filled show that is sure to be one of the highlights of the season!

With one of the most talented cast of performers and musicians to be found anywhere, this is a rockin’ show that is sure to be one of the highlights of your visit to Branson!