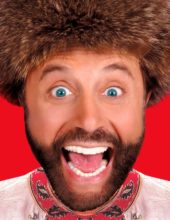 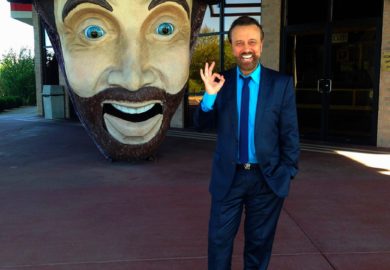 For more than 20+ years Yakov Smirnoff performed in his own theatre in Branson, Missouri – now, the famous Russian comedian returns for a two-month series of shows this fall!

For more than 20+ years Yakov Smirnoff performed in his own theatre in Branson, Missouri – now, the famous Russian comedian returns for a two-month series of shows this fall!

For more than 40 years, famous Soviet funnyman and comedian Yakov Smirnoff has been entertaining millions around the world with his unique brand of humor.

With hilarious comparisons between life in the United States and Soviet Russia, Smirnoff shot to popularity in the late 70s – and would become one of the most iconic entertainers of his era, dominating the stage and screen through the following decade.

He appeared in movies with some of comedy’s most legendary icons, including Robin Williams in “Moscow on the Hudson”, Richard Pryor in “Brewster’s Millions,” and some of the decade’s most popular TV specials and shows including Johnny Carson, Night Court, and more!

He has shared the stage and screen with some of the biggest names in entertainment, including Tom Hanks, Jack Nicholson, Meryl Streep, and performed for Presidents and heads of state throughout his incredible career.

Yakov’s performances have taken him from the heart of the Midwest and Branson, Missouri to the stages of Broadway and concert halls around the world – sharing his one-of-a-kind stories, insights, and anecdotes about life from his unique perspective.

One of Branson’s Most Beloved Entertainers!

His popularity remained through the fall of the Soviet state, with a refreshed and revitalized act that featured all-new material – Yakov purchased a theater in Branson, Missouri – where he performed for sold-out shows for more than 22+ years and headlined in his own theatre.

With a new format and storyline, Smirnoff shares his thoughts on laughter, love, and relationships in an entirely new show you won’t want to miss!

Yakov returns once again to his theatre and old stomping ground for a series of shows for several months this year with his new “Make America Laugh Again” stage production!

It’s a rare chance for visitors to catch one of comedy’s greatest showmen performing his unforgettable comedy!

As this is a limited engagement set of shows, we highly recommend making reservations in advance.