The Righteous Brothers are Coming to Branson!

Touring once again, The Righteous Brothers are scheduled for a one-night-only performance in Branson, Missouri this fall!

The Righteous Brothers, one of the most successful music duos of all time – will be appearing for a very special one-night-only performance at the Andy Williams Performing Arts Center in Branson, Missouri at 2:00 pm on September 23, 2017.

One of Music’s Most Popular Duos!

Together as The Righteous Brothers, Bill Medley and Bobby Hatfield recorded some of the most popular and covered songs of all time – including: “You’ve Lost That Lovin’ Feelin’,” “Unchained Melody,” “Ebb Tide,” and more!

They remain one of the most popular and successful music duos of all time, with millions of fans around the world. 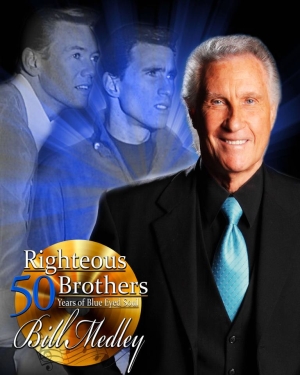 The Righteous Brothers suffered an insurmountable loss, with the sudden, unexpected passing of original member Bobby Hatfield in 2003.

As one half of the duo, their touring and performances were stopped indefinitely.

The other half of the duo, Bill Medley – would continue performing as a solo artist.

Continuing to write, record, and perform many of his biggest hits (including many from the hugely popular movie Dirty Dancing – Bill eventually settled into a multi-year performance residency in Branson, Missouri.

For several years he performed in the famous entertainment town alongside his daughter McKenna, before retiring from the Branson spotlight and show business scene to take his act on the road, write a memoir, and continue his work in the music business.

After nearly 15 years of performing as a solo artist, Bill Medley announced that he would be reviving The Righteous Brothers. 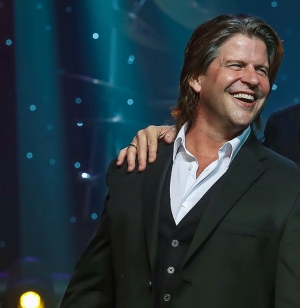 Joining Bill on stage is the incredibly-talented Bucky Heard.

“No one could ever take Bobby’s place, but when I caught Bucky Heard’s show it all came together – I found the right guy to help me recreate the magic.”

A featured vocalist and performer in Branson’s Legends in Concert show and lead vocalist of many bands and productions, Bucky’s amazing talent and incredible voice would provide the perfect balance for what Bill needed to put on the very best show possible

The newly-formed duo announced concert dates around the country as well as headlined dozens of concerts at Harrah’s Ballroom in Las Vegas in 2016.

Returning to Branson for a One-Time Concert Event!

Returning to their old stomping grounds, Bill Medley and Bucky Heard will perform as The Righteous Brothers for a very special afternoon concert at the Andy Williams Performing Arts Center on September 23, 2017 at 2:00 pm.

The show will showcase Bucky’s amazing talent while sharing some of Medley’s and The Righteous Brothers’ biggest hits!

Because of the group’s popularity and the special one-date limited engagement, we highly recommend reservations in advance to see The Righteous Brothers’ concert in Branson.