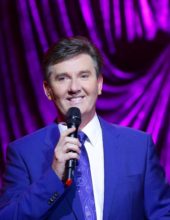 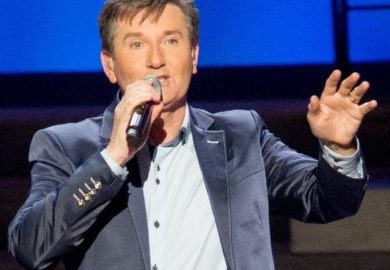 "The greatest singer and entertainer ever."
– Henry V.

"This man can’t be beat for singing. No matter what song it is."
– Bonnie K.

Without a doubt, Daniel O’Donnell is one of the most requested and attended entertainer to ever take to the Branson stage. He regularly sells out shows wherever he performs and many of his concerts sell out months in advanced.

The popularity of this famed Irish singer is without rivals, and draws people from around the world to see his limited engagement appearances with each season he performs.

Your Favorite Music from Irish to Country!

With his laid-back demeanor, charming personality, and easy-listening music – Daniel has made a name for himself across multiple music genres. Whether he’s serenading audiences with his light country songs, sharing a traditional Irish ballad, or performing a pop song – his music appeals to the masses and helps sell out nearly every performance he puts on.

As Seen on PBS!

From his humble Irish roots to his growing success in Europe (and eventually around the world), he grew to become one of the the world’s most prominent Irish singers.

He has built an amazingly loyal region of fans who have catapulted him to the top of the charts and have resulted in more than 10+ million album sales. Further propelling him into the hearts and homes of people around the world, he has appeared on numerous TV programs and radio stations.

Launching his superstardom in the United States, PBS has done several Daniel O’Donnell specials – which have been some of the most requested and successful music programs that have run to date.

As one of the most accessible stars you may ever see, Daniel is as well known for his likeability as he is for his music. After nearly every show, he takes the time to meet and greet his fans or those who attend one of his shows.

On stage he shares some laughs, inspiration, and stories of his life and the music he performs – connecting with the audience in a way few people in show business are able to replicate.