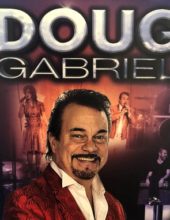 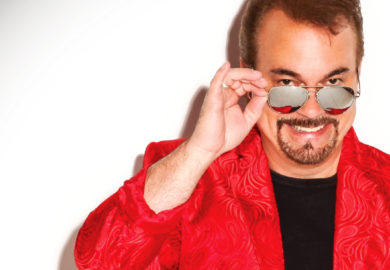 A musical variety show featuring some of the most popular songs of all time starring award-winning musician and vocalist Doug Gabriel!

"Amazing show... This is one we always make sure that we see."
– Sandy

A musical variety show featuring some of the most popular songs of all time starring award-winning musician and vocalist Doug Gabriel!

Some of the Best Music of All Time!

He has called Branson home for most of his life, and now guitar virtuoso and singer Doug Gabriel brings his #1 Hits Tribute Show to audiences from around the country.

One of the Longest-Running Shows in Branson!

For more than 30 years Doug has been bringing his unique style of entertainment to the visitors of the area.

Due to his rising popularity in the area, he eventually embarked and went out on his own to create a show all his own. It was a great turning point for Doug as he is now celebrating one of the longest-running shows in the Midwest!

His playing abilities are matched only by his vocal skills, which are both considered to be some of the best in the Ozarks. His trademark is his “Mufftar” which has been hand-made out of a 1969 Thunderbird Muffler (and periodically been showcased in Ripley’s Believe it or Not! museum in Branson).

Showcasing Some of the Most Popular Music of All Time!

Constantly reinventing himself and his show, this all-new production promises to give audiences one of the most entertaining two hours of music and singing to be seen anywhere!

Joining Doug on-stage is his beautiful wife Cheryl who accompanies him with many songs and his talented children who are accomplished musicians in their own right. Another of his sons will have the audience laughing as he shares his hysterical brand of family-friendly comedy.