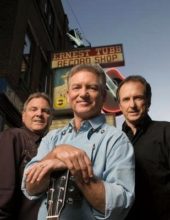 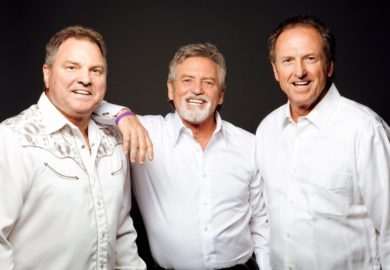 See country supergroup the Gatlin Brothers with Larry Gatlin perform their biggest hits in a show you won’t ever forget!

See country supergroup the Gatlin Brothers with Larry Gatlin perform their biggest hits in a show you won’t ever forget!

One of the most successful and popular country music groups of all time will be returning to Branson, Missouri for a series of concerts that will be one of the highlights of the season!

Larry Gatlin along with his brothers Rudy and Steve, will be performing some of their biggest hits on select dates throughout the year!

Since their debut in the 70s, the group has gone on to become one of the most-loved and sought after country acts of our generation. Throughout their career, the group sold more than 30+ million albums and charted an astounding 33 singles during their time together.

The Gatlin Brothers music has endured through the decades and continues to remain popular with new generations of fans. Those who see the trio in concert will have the chance to hear some of the group’s biggest hits including: “All the Gold in California,” “Houston (Means I’m One Day Closer to You,” “She Used to Be Somebody’s Baby,” “Love of a Lifetime,” and “Talkin’ to the Moon” as just a sampling of some of country music’s most iconic songs you will hear.

With a solo career that placed him on the music charts with hit songs on his own, Larry Gatlin’s brothers would soon join him to form the group that would go on to become one of the most popular acts in the 1970s and 80s.

Collectively, the group achieved remarkable success with their collaborations with each other – receiving accolades and recognition the world over. Their music would garner awards from some of the most respected organizations in the music industry including “Top Male Vocalist of the Year” for Larry and the admiration of millions of fans around the globe.

One of the Biggest Groups in Country Music!

For more than 35 years, the brothers have been performing alongside each other to sold-out concert halls and venues around the country.

Now, with a long-lasting residency in Branson – visitors will have opportunity throughout the year to catch one of the most popular country acts of our time.