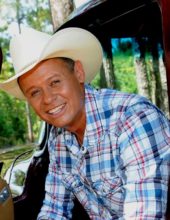 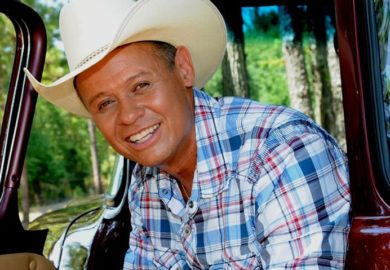 See the one and only Neal McCoy LIVE in Branson as he shares some of his biggest hit songs!

"I’ve seen Neal McCoy shows for about 15 years now and have never been disappointed."
– Donna

"We loved the show and will see it again every chance we have."
– Mike H.

Limited Time Special!
Book in the next & you'll also receive:

You can also customize by adding nights, shows, and more people!

See the one and only Neal McCoy LIVE in Branson as he shares some of his biggest hit songs!

One of country music’s most popular and admired entertainers puts on one of the most energetic and memorable shows to be seen in Branson! Share Neal’s stories and songs in this amazing concert that will have you singing along with many of his songs that you know by heart!

Crossing music genres with his unique mix of country music, southern-style sound, and even some honky tonk influences – Neal McCoy’s broad appeal has been a favorite among fans for more than twenty years now and his music continues to draw thousands to each concert or show!

Since the late 80’s Neal has been making music that people around the world have fallen in love with while his charismatic and endearing personality have made him one of the most requested country performers of his time.

Singing some of his biggest hits at each show, Neal delivers an amazing performance that is filled with some of your favorite songs like: “You Gotta Love That,” “Wink,” “No Doubt About It,” “They’re Playing Our Song,” “For a Change,” and the funny hit “Billy’s Got His Beer Goggles On.”

Since topping the charts, he has managed to rack up an impressive string of hits and albums including: 2 platinum albums, 1 gold album, and 7 top ten hits.

You may know Neal’s music from some of the chart-topping hits he has had that include: “Wink,” “No Doubt About It,” “For a Change,” “They’re Playing Our Song,” and “You Gotta Love That,” amongst many others. He has been honored and distinguished with a multitude of awards that include “Entertainer of the Year,” “Video of the Year,” “Humanitarian Award,” and successes and accolades that include 1 Gold Album, and 3 Platinum-selling albums!

An action-packed, high-energy, and fun-filled show – he brings the best of country to the stage in Branson!

The consummate live performer, singer, and entertainer he has been a prolific producer of material that spans a 20-year career in the music industry. With 25 charted singles, 11 albums, and thousands of performances under his belt, you can be certain that his concert will contain at least a few songs you know by heart!

When you’re looking for country music from one of the industry’s megastars, then the Neal McCoy Show in Branson is a production that you simply cannot miss!