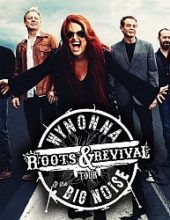 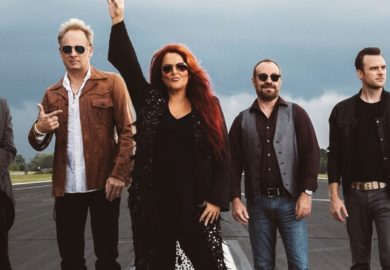 She is considered one of the top female vocal acts of our generation and was one half of the most successful country duos of all time – and now, Wynonna Judd will be putting on a series of concerts in the “Live Entertainment Capital of the World”… Branson, Missouri!

A Country Music Icon for 30+ Years!

Along with her mother Naomi, Wynonna was one of the most popular country duos of all time. Smashing onto the music scene in the 80s, The Judds became world-famous for their beautiful harmonies and songs, releasing more than a half-dozen albums that produced 14 Number One hits!

The pair achieved remarkable success in the few short years that they collaborated together including: 20 million album sales, 5 Grammy Awards, 9 Country Music Association awards, and were the most successful act of all time until Brooks & Dunn broke their record.

Following the breakup of The Judds (due to Naomi’s health problems), Wynonna continued a solo career on her own – garnering a new legion of fans who flocked to her concerts and shot her albums up the charts.

In recent years, she has taken interest in acting – appearing on several television specials and movies during the past decade. She had a resurgence in popularity with her work with Dancing With The Stars – propelling her yet again into the nationwide spotlight.

Continuing her career in music, she now is touring and bringing her popular songs to audiences around the country!

A Rare Chance to See Wynonna in Branson!

While considered one of the most popular country music spots in the country, Wynonna Judd’s visit to Branson gives visitors a once-in-a-lifetime opportunity to see one of country’s superstars.

Performing in the state-of-the-art venue at Andy Williams’ Performing Arts Center, it promises to be one of the most talked-about concerts of the year – and something that audiences will be talking about for years to come!

Please note: Because of Wynonna’s popularity and the limited engagement concert that she will be playing, we advise reserving tickets as early as possible to ensure that you can see the show when you are in town.