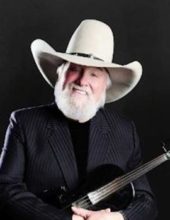 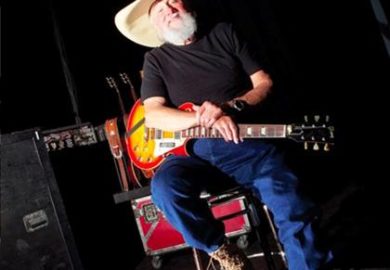 See the legendary Charlie Daniels Band for this once-in-a-lifetime concert LIVE on stage in Branson!

See the legendary Charlie Daniels Band for this once-in-a-lifetime concert LIVE on stage in Branson!

One of country and southern rock’s most influential music artists, Charlie Daniels brings his one-of-a-kind sound for a LIVE show!

For a very special and limited engagement concert in Branson, Missouri – you can witness the one and only Charlie Daniels Band as they bring you some of their most popular and loved hits!

In 1979, the band would release their biggest hit ever – “The Devil Went Down to Georgia!”

The song was a smash hit and turning point for the band, propelling them into the international spotlight.

Following the breakout success of the song, the group would go on to top the charts with hits like:

Hear some of Charlie Daniels Band’s biggest hits in this once-in-a-lifetime concert!

One of Music’s Living Legends!

The Charlie Daniels Band has been writing and recording some of the most popular music of our generation!

For more than 5 decades they have shaped, influenced, and pioneered country music and southern rock.

His pioneering sound and chart-topping hits have easily secured his place in America’s entertainment history books.

Charlie Daniels and his music uses his southern roots for inspiration – creating a unique sound that is distinctively his own.

Drawing upon the feelings and attitudes of the area he grew up, Charlie and his band have refined their music to create a string of hit songs that span more than 50+ years!

Blurring the lines between classic country and southern rock, Charlie and his band have been recognized worldwide for their contributions to the music industry.

With albums sales surpassing 20+ million, a Grammy award to their credit, and and an induction into the Grand Ole Opry – Charlie and his band continue to gain fans wherever they play.

Whether you’re a fan of classic or modern country music, gospel, or even southern rock – audiences of all musical tastes and preferences have come to enjoy his concerts and high-energy performances.

One-Night Only in Branson!

In a rare opportunity, you now have the chance to catch the Charlie Daniels Band for a special one-night only concert in Branson, Missouri – “The Live Entertainment Capital!”