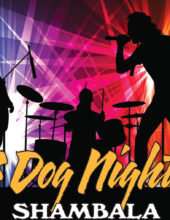 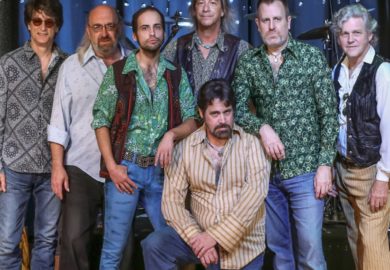 An afternoon rock ‘n roll show playing the greatest songs of all time – from 3 Dog Night to Bob Seger and Joe Cocker!

"Great harmonies, good showmanship and a well thought out song line up had us singing and dancing with this band!"
– Gail F.

"This was a great show! I know that phrase is over used but I truly enjoyed it from beginning to end."
– Mark M.

"...they were spectacular! They played all the old hits."
– Anna P.

An afternoon rock ‘n roll show playing the greatest songs of all time – from 3 Dog Night to Bob Seger and Joe Cocker!

Take part in a one-of-a-kind musical experience as some of your classic rock hits from Three Dog Night, Bob Seger, and more are performed LIVE on stage!

Hear some of your favorite classic rock hits as you’re taken on a nostalgic musical journey that shares the music and songs of some of Rock ‘n Roll’s biggest hitmakers, including:

It’s one of Branson’s most popular and acclaimed classic rock shows, sure to have you reminiscing and celerating along with the music!

Hear The Hits of 3 Dog Night!

While the show features the music from many of your favorite 60’s rock groups and recording artists, the hit songs of 3 Dog Night takes center stage!

As one of the most commercially successful and popular groups of the late 60s and 70s, Three Dog Night became a mainstay on the radio airwaves.

The group would become one of the most successful music acts of all time, charting an incredible 21 consecutive Top 40 hit songs, selling 40+ million albums, and selling out venues wherever they toured!

Some of their most popular and loved songs are shared in the show, including:

This incredible stage production is performed by one of the most incredibly talented lineups of musicians and singers!

Featuring an all-star cast of some of the biggest names in Branson music, their tribute to some of your favorite songs is something you won’t want to miss!

Feel the energy of the music and lyrics as the band recreates the sounds and feelings of some of rock ‘n roll’s most timeless, classic, and popular songs.

An Evening of Classic Rock Hits!

With the perfect time slot to fit into your schedule, the show provides two hours of nonstop entertainment and LIVE music that audiences of all ages can enjoy!

For a music show filled with talent and some of the best music of all time, this is a show you won’t want to miss!

The songs of one of the most popular and successful music groups of all time is recreated LIVE on the Branson stage in this incredible rock ‘n roll tribute!

Relive the music, experience the nostalgia, and take part in a musical production unlike anything you’ve ever experienced!

The Classic Hits of One of Music’s Most Popular Bands!

Throughout the 1970s, the music and songs of Fleetwood Mac dominated the radio airwaves and filled stadiums, concert halls, and venues around the world!

Their music is considered some of the best classic and soft rock of all time, with millions and millions of concert tickets and albums sold.

Throughout this LIVE musical production, you will hear some of the group’s biggest hits including:

World-renown Stevie Nicks tribute artist Julie C. Myers takes to the stage to recreate the sound and look of one of rock’s leading ladies – as she pays tribute to the music, songs, and life of Stevie Nicks and the rock ‘n roll supergroup!