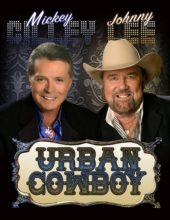 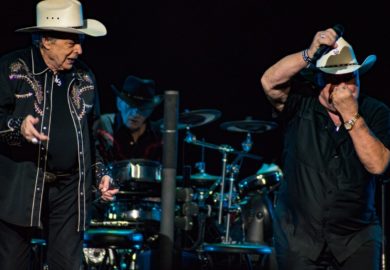 Country music superstar Mickey Gilley returns to Branson with Johnny Lee for a series of LIVE shows in Branson this year!

Country music superstar Mickey Gilley returns to Branson with Johnny Lee for a series of LIVE shows in Branson this year!

There are few musicians in the world who can claim the level of success that Mickey Gilley has had with country music. His songs have topped the Billboard charts and even had success on the pop charts with his transition to a more mainstream sound with his hits later in his career.

His songs have become country classics, and put him in the international spotlight. His records and singles reached the top of the charts including some of his most popular releases “Stand by Me” and “Don’t the Girls All Get Prettier at Closing Time.”

In total, Mickey has had 17 songs that reached number one and an additional 20+ that made it to the Top 10 – a remarkable and unbelievable feat that few artists can lay claim to.

He will share some of his most popular and enduring hits including: “Room Full of Roses,” “I Overlooked an Orchid,” “City Lights,” “Window Up Above,” “Bring It On Home to Me,” “She’s Pulling Me Back Again,” “True Love Ways,” “That’s All That Matters,” “A Headache Tomorrow (Or a Heartache Tonight),” “Lonely Nights,” “Put Your Dreams Away,” and “Fool for Your Love” amongst many of the most popular country songs of all time.

Throughout the 80’s Mickey Gilley’s popularity continued to soar. His music including the hit single “Stand by Me” and his popular nightclub Gilley’s proved to be hugely successful and brought the nationwide country spotlight on him, his club, and music.

Additionally, he has opened several other restaurants and clubs or licensed his name and likeness to them including his club in Las Vegas or his Gilley’s Texas Cafe in Branson, Missouri.

Mickey is considered a Branson pioneer, and was one of the first country acts to open up a theatre in the fast-growing tourist town. This paved the way for future stars to begin migrating their shows to the area and opening up theatres of their own.

Pursuing his passion for singing and entertaining, he continues to sell out to audiences who visit the area to see his show. With one of the longest-running country shows in town, he shows no signs of slowing down!